Hey Conscious Runners! Welcome to another amazing episode of The Conscious Runner Podcast. I have runner and physical therapist Brad Beer on the line with me. Brad didn’t set out to be a runner, in fact, he had his heart set on becoming a professional triathlete. While training for a triathlon, Brad had a pretty serious bike accident that split the cartilage in one of his knees. He could not run, let alone squat without significant pain. Realizing his dream of becoming a professional junior triathlete, he kept himself busy surfing, going to the gym, finishing school and starting his career as a physical therapist. During that time he also got surgery on his knee. But he never forgot how much he loved triathlon and running. 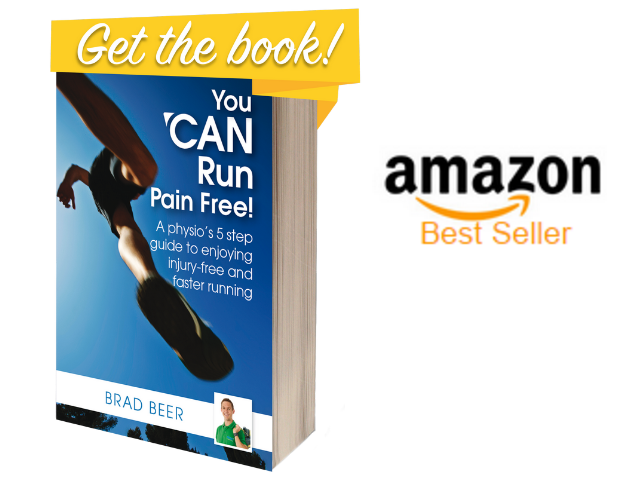 Being time poor in his physical therapy practice, along with the need to stay fit, one day he decided to go for a 20 minute run. To his surprise, his knee did not hurt. He figured he’d test it with a longer distance by running 30k. It still didn’t hurt, so he hoped in a marathon and still, there was no pain.

And so began his journey to improve his running performance. And interestingly, he got the triathlon bug again and after a 10 year absence from triathlon and a 12 year absence from swimming, Brad qualified for the World Championships and won an Australian title. After that race, he hung up his suite, goggles and bike and has since been focused on running and his physical therapy practice, POGO Physio.

POGO Physio has been recognised by the Gold Coast Business Excellence Awards for our customer service and excellence in physiotherapy and pilates services by being awarded several Excellence Awards. POGO was awarded the ‘Trades, Professions, and Services Awards in 2009, 2011, and 2012, and an award in the Wellness category in 2013.

At POGO Physio, Brad believes that all people deserve access to complete and remarkable physiotherapy services. We believe that all people ought to be able to perform at their physical best so that they can enjoy the physical things that they love to do in life: sports, recreation, and exercise.

I absolutely enjoyed my chat with Bread and  know you will too.