TCR110 | Nick Symmonds: From 800 Meters to the Marathon & Energizing Runners With Run Gum

Hey Conscious Runners! I’ve got another fantastic interview for you today. For the second time, I’ve got 2x Olympian, businessman, public speaker, entrepreneur and creator of Run Gum (performance gum), Nick Symmonds on the line with me. Nick got started running in a very interesting way. In high school, a girl he wanted to get to know better suggested he try out for the cross country team and he did. What Nick discovered is he was good at running. And not just good, very good. And although he didn’t particularly enjoy running itself, he loved winning and loved being a champion. It was his heart of a champion that would push him to become one of the best 800 meter runners in the World.

Nick became a seven time outdoor track champion at the NCAA III level in college. After college he joined the Oregon Track Club Elite. In 2007, he won the 800m race at the Prefontaine Classic meet in Eugene, Oregon, with a then personal best time of 1:44.54. In 2008, he won the United States Olympic Trials 800m final held in Eugene, Oregon with a time of 1:44.10.He was the first of three Oregon associated athletes to finish at the top of this race before the home crowd. Nick continued to place at the top in both national and international competitions. In 2012 he was 5th in Olympic Games final (1:42.95); Olympic Trials champion (1:43.92). 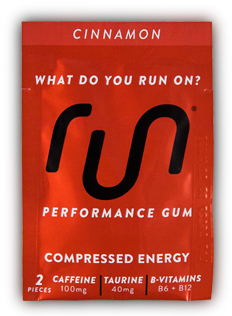 Unfortunately, Nick came down with an ankle injury right before the 2016 US Olympic trials and had to withdraw. When asked if he was disappointed about the injury, he was quoted as saying, “Honestly, no. If this had happened when I was 24, I would have been [crushed]. But at 32, I know I’ve been on borrowed time. I’m grateful this has held up as long as it did. I’m more disappointed for my sponsors and friends and family who were coming who are not going to see me run.”

Nick has dedicated much of his time, finances, effort and energy campaigning for fair compensation of runners and the right for a runner to wear the logos he or she chooses. In addition to this work, Nick used his biochemistry degree to co-found Run Gum with coach and business partner Sam Lapray. Run Gum is energy gum used to maximize your performance.

Nick and Sam found that the current methods of delivering these important stimulants to the body often required drinking large quantities of liquid in the form of coffee or energy drinks. To achieve optimal performance, they needed to eliminate the water, acid and slow absorption.  It was on the track during one of their many training sessions together that the idea came to them. GUM. This lightweight, zero calorie option would allow an athlete to run free without the unwanted liquids around in their stomachs. Truly, the smarter caffeine kick had been found.

Nick is always up for a challenge, with his latest one being running his first marathon in December of this year. Up until marathon training, Nick’s longest run was 15 miles, and now he’s going after 26.2 . And the best thing is you can follow his training every step of the way.

I completely enjoyed my chat with Nick and know you will too.